We worked all night, under white-roofed hood,
praying for sun-ripened blooms to bear
fruit forbidden by sullen shadow’s stare.
We who woke to partly cloudy understood
(in part), knowing we were the ones who could.
Day by day, stepping toward our dogged fear,
toward a sweet, petaled puppeteer,
year after pre-dawn year (none yielding as it should).

So I step toward sunlit morning, stubborn
in my own way, cold and soberly clutching
last night’s vigil, last year’s vacuous words to warn.
And with new prayers, I begin again to cling
and crawl, placing word after word on pages torn–
a busy bee, bumbling free, flying from a honeyed thing. 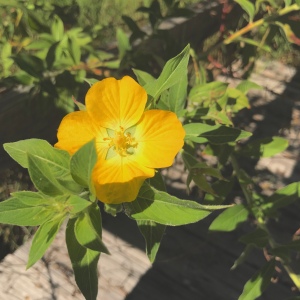 {We’ve been challenged to write a sonnet at dVerse this month and to try using enjambment. I chose the Petrarchan sonnet form. I’m glad we have been given several weeks to write and edit it. I wrote the first version about a week ago. This revision is quite different than my original. I started this poem with just one word– sullen. It just sounded right to me. And then came the words of the turn or volta– So I step toward sunlit morning. The rest of the poem took shape as I wrote it. The form actually helped me. I don’t think it would ever have gone in the direction it did without the constraints of the form.}